Invictajet Virtual Airlines operations began back in 2003 with a goal to running a virtual airline from the South East of England, operating from Kent International (Manston EGMH in FSX). Unfortunately the airport shut its doors on the 15th May 2014 which meant as we try and keep everything as close to realism as possible that we could not continue flying from the airport. It was decided to move our UK main base to London Luton where we have been ever since with always a view to coming home to Kent. 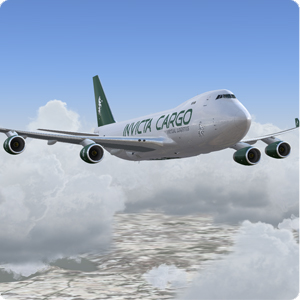 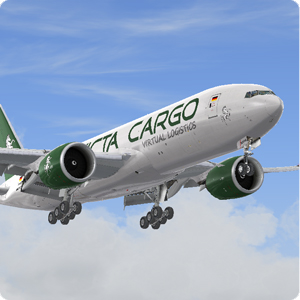 The airline began services with a single 737-400 operating on a low cost basis to such destinations such as Edinburgh, Glasgow, Belfast, Nice, Barcelona and Prague where after newer models were added such as the 737-700 and the 737-800. Long haul services from London Gatwick were added using the 787, 777 and the 747 with Cargo operations being carried out from Frankfurt Hahn airport. Further destinations were collated and we had quite the route network when we lost our flight following client in January 2020 which meant we have had to start over which obviously has been quite the headache but we kept going and now along with vabase.com we have the professional website and flight following client for all our aspiring pilots.

At present we operate 3x 737-700s from London Luton and Bratislava where we have inaugurated routes to Edinburgh, Glasgow, Belfast, Newquay and Jersey. Our ACMI service allows us to operate for third party operators given extra capacity to their needs with a professional approach.